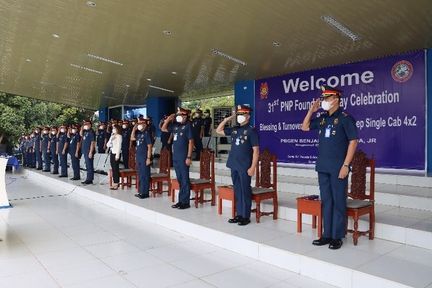 In the said activity, a total of 29 unit Patrol Jeep 4x2 Single Cabs were also turned over to the different Municipal Police Stations/Police stations in the region.

PBGEN ACORDA said “let’s take this time to give thanks and to celebrate all the hard work of all men and the notable accomplishments for the past few months. Congratulations sa ating lahat and let’s sustain this momentum. I repeat, let’s sustain the momentum… the collaborative effort that we have as an organization with the strong partnership with the stakeholders. Pangalagaan natin yan.”

For more than 30 years, the steadfast dedication of the brave men and women of Police Regional Office 10 had truly expounded its ability to provide service amidst the ever evolving society. With the help of our Regional Director, PRO 10 will move continue the legacy. ###