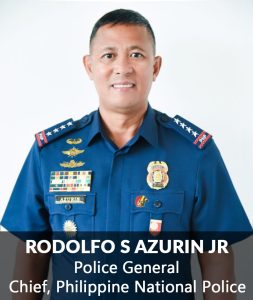 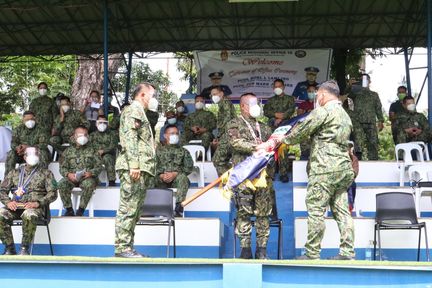 PCOL JUN MARK J LAGARE, former Chief, Regional Intelligence Division, based in RHQ PRO 10 was installed as Acting Provincial Director of Bukidnon Police Provincial Office. He hails in Cagayan de Oro City and belongs to the PNPA Class 1997. He assured that he will continue the program thrust that was crafted by the outgoing provincial director and maintain a stronger police and community partnership.

PBGEN ANDUYAN, expressed his gratitude to the outgoing Provincial Director PCOL LAMI-ING for showing laudable efforts by ensuring the security, peace and order that indeed this province is worth to reckon with. He also urged everyone to extend the same utmost commitment and support to PCOL LAGARE, as their Provincial Director of BUKPPO. He further ordered him to strengthen security measures in the province against threat of insurgency and continually sustain the efforts in our fight against illegal drugs and other form of criminalities.